Q&A Series with Women on Boards 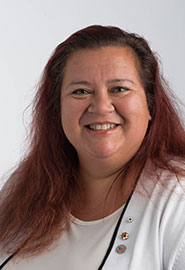 Kim Baird: “I have been really drawn to the ability to drive change”

Former Chief of the Tsawwassen First Nation for six terms, Kim Baird has been a board member for several boards. These include BC Hydro, Canada Infrastructure Bank, Vancouver Board of Trade, Order of Canada Advisory Council, Smithsonian National Museum of the American Indian, and the Chief Joe Mathias Scholarship Foundation. With her continued goal of improving the quality of life for Indigenous people, she has overseen numerous economic and institutional development projects, such as negotiation and implementation of BC’s first urban modern treaty. In 2016, Ms. Baird was awarded the Order of British Columbia after being named a Member of the Order of Canada two years earlier. She is also a recipient of the Queen’s Diamond Jubilee Medal, and the Indspire Award. In 2008, Kim was named one of Canada’s Most Powerful Women: Top 100 Award.

Q: What drew you to the industry of government governance?

A: My path was unconventional. I first started in politics in my community: I ran to be a member of Council and served for six years, and then ran for Chief and served for 13 years. In that capacity I did a lot of non-profit board work for things my First Nation was involved with, including our Tribal Council and First Nation Employment Training Society. I gained exposure to non-profit board work while providing programming for First Nations. As Chief, I negotiated and implemented modern agreements with self-governance, so I had to lead lawmaking to replace the Indian Act in my community. I've always been really drawn to policy, decision-making, and governance to try and improve things. My focus has been to drive strategic direction forward and engage with community members and various other aspects of governance – I have been really drawn to the ability to drive change.

Q: What was the first board you served on?

A: One of my first mainstream boards was a crown corporation, BC Hydro. The board had a very comprehensive mandate and scope so I learned a lot about the energy industry and board governance.

Q: Have you served on functional or representative boards, or both?

A: The smaller the budget the more hands-on the board has to be. An interesting thing about being on the board of a start-up or smaller entity is that it’s usually more challenging and never boring, whereas serving on an established board can be more about managing the status quo.

Q: In your experience, how relevant has the idea of board diversity been during your board service over the years? Can you provide an example of how board diversity has benefited your company?

A: I was appointed to the BC Hydro board by the provincial government and appointed to the Canada Infrastructure Bank board by the federal government. I think governments are becoming much more proactive in ensuring diversity and inclusiveness, and that is important for a number of reasons. First of all, for me, it’s the ability to offer a unique perspective on indigenous issues. In the era of reconciliation in Canada, people need to learn about the issues impacting indigenous people. Secondly, as a community leader I have developed skills in public relations, government relations, and communications. Sometimes more mainstream board members don’t see the value of this skill set, but there are more ways to measure the performance of a company than just its bottom line. There are reputational issues and other items as well. I think diversity benefits a company’s ability to ensure that it is better representing the views and issues that can impact its business.

Q: How do you recommend people get involved in serving on boards? How do the boards you serve/served on source new members?

A: People can start getting involved in governance in non-glamorous ways: that could be on a strata council or a small non-profit. There is a big shortage of skilled people helping on a non-profit side. That’s a good way to get introduced to board governance.

Q: What qualifications and characteristics (value of personal experience vs. specific education vs. other skills) do you look for in a new board member? What preparation do you recommend that people undertake before interviewing for a board?

A: I think you need to understand the organization’s core mandate and business and figure out how you can provide value to the oversight of that. Do you have the depth of experience in the field the board needs – i.e. assistance in accounting, legal, or financial matters? Know how your knowledge and expertise can enhance the organization.

Q: From your own experience, what are some best practices that help to encourage diversity on boards and among management?

A: The rate of women being appointed to boards is so low. I don’t know how that change can be made in a more dramatic way. I am supportive of any extra policy or legal measures to force the issue. I know it's unpopular, but sometimes you need extra help to break logjams and create new patterns for people to see that it can work. It is hard to convince me that there are no qualified women for any capacity or role. I think that enforcing a quota would make a world of difference in advancing these issues.