Strategies for Increasing Board Representation for Women -- EVENT POSTPONED

How do we accelerate gender diversity on boards? This important discussion will feature speakers Tracey McVicar of CAI Funds and Debra Hewson of Odium Brown.

A selection of wines and canapés will be served 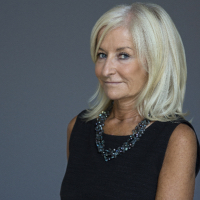 Debra Hewson is President and CEO of Odlum Brown Limited, a full-service investment firm headquartered in Vancouver, British Columbia. Debra leads with objective and strategic insight developed from an accomplished career in the investment industry spanning over 35 years.

Debra has earned a reputation for her vision, passion and dedication as a leader in the business community. She is a member of the alumni UBC Board of Directors and the UBC Sauder School of Business Faculty Advisory Board, and a board member of St. Paul’s Foundation. Debra is also an Industry Director for the Canadian Investor Protection Fund and a member of the Vancouver Public Library Fundraising Campaign Cabinet.

Debra is a strong supporter of Odlum Brown’s sponsorship and charitable giving programs. In 2016, she was recognized for her leadership with the Joseph and Rosalie Segal United Way Community Vision Award. Debra was also recognized as a 2017 Canada’s Most AdmiredTM CEOand received a 2016 BC CEO Awardfrom Business in Vancouver. In 2015, she received an Influential Women in Business Award. In 2012, Debra was honoured with the Queen Elizabeth II Diamond Jubilee Medaland the BC Community Achievement Award, and was also inducted into the Women’s Executive Network’s Canada’s Most Powerful Women: Top 100Hall of Fame after being recognized as one of the Top 100 for three consecutive years. 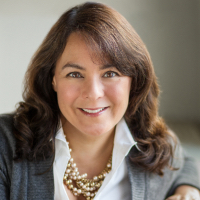 Tracey is the Managing Partner at CAI Capital Management Co., a mid-market private equity firm she joined in 2003.  She is a former investment banker who started her career at RBC Capital Markets in Toronto and Vancouver, and later joined Raymond James Ltd.’s predecessor company Goepel, Shields & Partners in Vancouver.  Tracey is a Chartered Financial Analyst and has received the ICD.D designation from the Institute of Corporate Directors.  She is currently Chair of Feeney Brothers Utility Services, GeoStabilization International and White House Design, and a director at Canadian Heating Products - all of which are CAI portfolio companies.  She is also a director and Audit Committee Chair at Teck Resources Limited (TECK.B – TSX) and a former director of BC Hydro Corporation.

In addition to her business commitments, Tracey also serves with a number of not-for-profit organisations; she is a member of the UBC Sauder Faculty Advisory Board, a director of the Fraser Institute, a member of the Big Sisters Honorary Advisory Board and Science World Chair’s Council and the Chair of Golf for Good, an annual golf tournament that has raised over $1,000,000 for non-profit organizations that “do a lot with a little”.  She is a past director of the Vancouver Board of Trade, VGH & UBC Hospital Foundation, UBC Investment Management Trust, the BC Forum for Women Entrepreneurs (“FWE”) and the Central City Foundation.

In recognition of her achievements, Tracey is a past winner of Business in Vancouver’s Top 40 Under 40 Award, the Association of Women in Finance’s PEAK Award for Knowledge and Leadership, Business in Vancouver’s Influential Women in Business Award, WXN’s Canada’s Most Powerful Women, Top 100 Award, and BC Business Magazine’s 50 Most Influential Women in BC and, most recently was featured in the publication “Canada 150 Women” by Paulina Cameron.